The most notorious incidents is catastrophe of  Guadalajara Sewer Explosion.The sewer network in Guadalajara, Mexico was exploded in April 1992. The official toll was: 206 dead, 500 to 600 missing, 1 800 injured and, in all, 4 500 disaster victims. Associations estimate that the catastrophe actually caused at least 1000 deaths. The catastrophe caused damage worth 200 billion pesos (76 million Euros 2006), which included ~13 km of streets, 1500 houses, 1224 buildings and 637 vehicles. 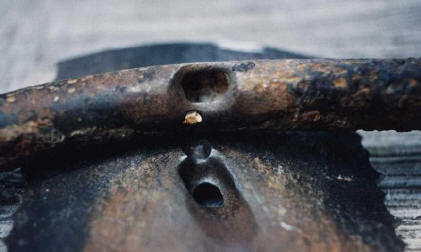 The scientific investigation found the stray current corrosion is the blame. According to the report,

Just recently, Li and Kim simulated the effect of stray current on ductile iron pipe near cathodically protected steel pipeline. The results agreed with finding of the previous investigation. Li and Kim  found that When all joints in DIP were electrically connected, the maximum corrosion rate was 0.005 mm/y. However, when the joints were isolated, the corrosion rate increased due to the jumping effect of stray current at isolated joints, which resulted in the increase of maximum corrosion rate to 0.87 mm/y.

The authors also believed the best way to reduce stray current corrosion of DIP is the proactive application of control methods from the design stage, which include the increase of anode bed and the pipe distance, electrical connection of DIP joints, installation of sacrificial anode at isolated joints, or the application of CP on DIP.