Cathodic protection monitoring is a most common practice for the assessment of effectiveness of corrosion protection.  However, metal loss due to corrosion is somehow evident even on pipes are deemed to be well protected based on standard monitoring and survey techniques.  The effectiveness of the the field survey techniques are further questioned for the structures within the common corridor with multiple functioning cathodic protection systems in place. Numeric simulation provides better opportunity to understand the pipe potential as current density along the structure. This, along with standard survey practice, renders a clear picture of the effectiveness of the cathodic protection.

Cathodic protection simulation is basically established a physical model by fundamental electrochemical theory. This physical model can be described as a mathematical model by establishing the governing differential equations with certain boundary conditions.  It is widely accepted that Laplace’s equation is applicable in the potential within field (Amaya, 2006). However, the boundary condition is far complicated than be taken as constant.  In practice, discrete coating failure leads to the different potential and current density distribution.  The metal polarization observes nonlinear  mathematical expression as well (A potential attenuation equation for cathodically polarized pipelines and risers, 2016). This leads to the numeric solution rather than analytical solution more feasible. 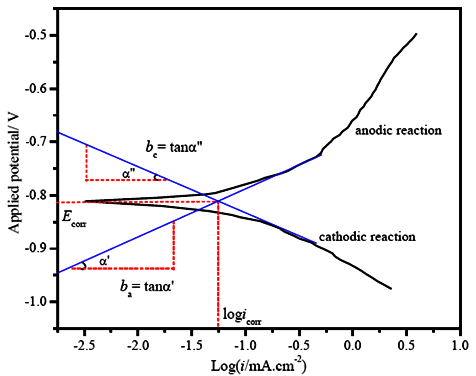 The finite element method (FEM) and boundary element method (BEM (Pozrikidis, 2002)), as well as their hybrid (Muharemović & Letić, 2008), have been developed to solve these partial differential equations (PDE) models numerically.

Efforts have been made to simulate relevant features within the cathodic protection system, as well as interference to the system.

The features to be considered in the simulation:

The interference to be considered in the simulations:

Some models are focusing on complicate geometry and current density  and potential distribution of the object (Diaz & Adey, 2005)

This simulation is especially useful to estimate the current demand in design stage. (P. Dmitruk, 1996) This is helpful in preventing the overprotection in sea water. (Tang, Zhang1, Liu1, & Li, 2009)

A potential attenuation equation for cathodically polarized pipelines and risers. (2016). Journals of Materials Research and Technology.

Dmitruk, R. M. (1996). Estimation of cover resistance and protection electric current of a pipeline by means of the Boundary Element Method. In Transactions on Modelling and Simulation. WIT Press.