AC corrosion became a known issue since more and more pipelines are sharing ROW with HVAC transmission lines. It is caused by the metal loss due to AC current leaving the pipeline. There are three different types of AC interference, which are the source of such AC current.

This is also called capacitive interference. It may only happen to well insulated (not grounded) structure, e.g. above ground test station, pipeline near ditch or in stock yard

This is also called inductive interference. This is the most often seen AC interference mechanism, in which pipeline is acting as a secondary coil (inductive coil). This may happen for both buried or above ground structure as long as inductive conditions are met. While pipeline and HVAC are sharing ROW, it became most important factor for AC interference and AC corrosion. 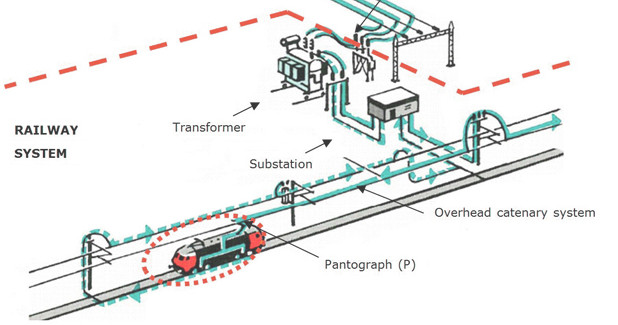 This is also called resistive interference, in which a faulty AC current find a path returning to local earth. The structure became part of this faulty current return path. This will only occur in buried in structure. When the AC current leaves the structure, AC corrosion occurs. Conductive coupling does require parallel of structure with HVAC. This typically happen in the proximity of substation

NACE SP 0177 suggested 15 VAC as criterion. However, it admits this criterion is for personal protection rather than AC corrosion protection. It only states “The members of NACE Task Group (TG) 025 agreed that any criteria for AC corrosion control should not be included in this standard”

European standard  EN 15280 may be more specific  on the AC corrosion protection criteria. Within the latest version (2013), it suggested the two approaches to assess the AC corrosion risk:

AC/DC current density ratio is utilised for AC corrosion likelihood. As long as it below the threshold, no AC corrosion can occur since the metal oxidisation in the anodic half wave is suppressed by DC current

Typically sand and other high soil resistivity type of soil should be used in AC interference susceptible area. Limitation is sand can be eluted, drained or mixed with other low resistivity soil and alleviate the effectiveness of the method.

This is only useful for inductive coupling by reducing the longitudinal length of conductor (i.e. pipeline). This method is not effective for resistive coupling interference.

A wire in close proximity of pipeline may modify the interference. It should be considered as short term rather than long term mitigation. In no case, the bared metal wire should be utilised for this purpose, since it may aggravate the AC corrosion in the vicinity of coating defects due to resistivity coupling

To compensate by imposing an antiphasing AC to generate artificially zero resistance earth.